← more from
Denovali
Get fresh music recommendations delivered to your inbox every Friday. 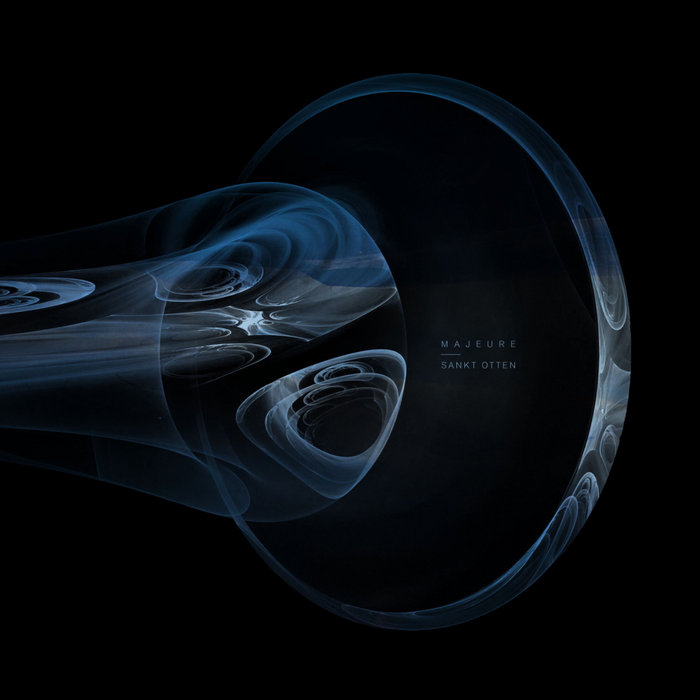 The Blade Runner Soundtrack from Vangelis, Kraftwerk, Klaus Schulze, Brian Eno? There’s no doubt about the fact that both artists who take part in this collaboration record are influenced by that kind of sound.

MAJEURE – the solo project of ZOMBI’s drummer A.E. Paterra – has already received a lot of attention via the 2009 debut release TIMESPAN (Temporary Residence Records) and a remix album released in 2010. “Timespan delivers inspiring sci-fi disco of the highest caliber. Anchored by Paterra's sturdy, propulsive live drums, each song uses layers of analogue synthesizers to masterfully craft extended compositions that virtually stop time before speeding it up, culminating in countless moments of genuine majesty."

The German duo SANKT OTTEN works together since 1999. They have released 4 albums and several eps + singles so far. They have firstly gained a wider attention in Germany with their debut “EINE KLEINE TRAURIGKEIT” released 1999 via the back in the days very well known label ELEGANZ – the press loved it. In the following years, they did two more albums and several smaller releases via different labels. In 2009 they joined DENOVALI RECORDS to release the 4th full length “MORGEN WIEDER LUSTIG” which firstly created an international interest in their soundscapes. Their musical spectrum has evolved once again, while retaining the undeniable hallmarks: atmosphere, melodic dexterity and depth. “MORGEN WIEDER LUSTIG” is the holy alliance with the virtual sound surface. Menacing but not mean. The silence before the storm and the silence afterwards.

In early 2010 fortunately both projects decided to record and release a completely new full length together. And after listening to the record, you hopefully agree that more artists with these talents should team up for collaboration releases. With “Moonbow”, MAJEURE contributes a well fitting and rather positive sounding introduction to the record, followed by the beat orientated masterpiece “The Traveler” and a more depressive horror sounding “Aleph Institute”. TIMESPAN was described as “totally stompin' analogue synth heaven” – “The Traveler” brings this impression to perfection. “Aleph Institute” on the other hand follows the way Paterra already evolved with ZOMBI – a long depressive hypnotic journey. With the 10 minutes track “Es ist nicht alles Gold was glänzt” and with “Ich beantrage die Unsterblichkeit” SANKT OTTEN mix their own well known sophisticated spherical sound with a more ZOMBI like drumming and atmosphere. The result: they chip in two songs which easily hop into the top three of the best songs they have ever written – “Es ist nicht alles Gold was glänzt” is maybe the best one they ever did since the beginning in 1999. Track 4 “Mit offenen Augen” and 5 “Der Sonne entgegen” rather tie in with the “MORGEN WIEDER LUSTIG” album sound and retain the quality of album number four.

Bandcamp Daily  your guide to the world of Bandcamp